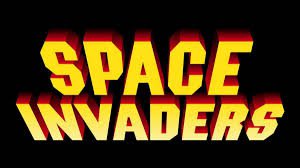 The best-selling video game of all time is the Space Invaders arcade game. Designed by Toshiro Nishikado for Taito in 1978, the history of the game is well known and its popularity is unquestionable. In 1980, Atari licensed it from Taito for commercial use in North America. In the first years, Taito had sold more than 300,000 machines in Japan, and Atari had sold 60,000 in the United States.

The main premise of the action is that the player shoot aliens as they emerge throughout the moving screen. Originally, the goal was going to be shooting soldiers, however, it was decided that such a suggestion could harm sales and hurt the reputation of the company. Once created and marketed, it became a phenomenon. There were arcades in Japan whose sole service was the Space Invaders arcade game availability; they would literally have dozens and dozens of the same, stand-alone machine. The game has also inspired plenty of games, which include Playtech arcade casino games with interactive bonus features.

Once it became available in the United States, the town of Mesquite, Texas was so sure that this video activity was going to harm young minds, that activists petitioned the Supreme Court to stop the infiltration of these machines into the Bible Belt of America. Though they were unsuccessful, there was a lot of bad press around the effect of the machine. Youth crime was being attributed to stealing money in order to have the coins to play and in Japan there was such a shortage of Yen availability that more coins had to be created.

Space Invaders also became the first arcade machine adapted for home use. Atari, having the license, adapted it for their home Atari computer system. Over 2 million units were sold to homes for this version alone. Some credit it for having helped the video game market recover from a crash that was caused by poor versions of Pong that had flooded the market, and stalled sales, in the previous years. It has been followed by many sequels, such as Space Invaders Part II, Super Space Invaders, and Space Invaders deluxe, but none have come close to matching the sheer popularity and power of this gaming system. It also paved the way for Pac-Man, Donkey Kong, Blackjack, and other legendary games.